UPDATE: The OTC has extended the comment period until Friday, Dec. 11th! The meeting has been moved to Tuesday, Dec. 15th at 5pm.

Thank you to all the folks who have submitted testimony in less than 3 days! Keep the pressure on – it's working!

UPDATE 2: Come join us on Monday @ 6pm for a Testimony Prep Party! Sign up here: http://lu.ma/stopthestip

As mentioned two weeks ago, the Oregon Transportation Commission (OTC) is in the midst of deciding where to invest over $2 billion over the next few years. We asked you to support the "Non-Highway Scenario," which would have allocated $321M for Multi-modal projects, addressing the most critical issues of our time: equity, climate, and safety. Thank you to those who wrote in!

To our complete surprise, the OTC has decided to throw out those scenarios. Instead, the OTC has now created three new scenarios to consider. These scenarios propose cutting the multi-modal projects budget by as much as $100M! And guess where those dollars are going? You guessed it: expanding the I-5 Rose Quarter and the Columbia River Crossing.

That's why we are urging you to write and submit testimony to the OTC to #STOPTheSTIP.

Please submit testimony using to OTCAdmin@odot.state.or.us before Friday, December 11th. We've made it easy by using this link: click here to email the OTC.

Need to figure out what to say? Here's a quick template:

As a result of analysis from ODOT's climate office, it is clear the "Non-Highway" will do the most to address equity, climate, and safety. While it is still not enough, $321M in multi-modal funding is the minimum we must invest to build a 21st-century transportation system.

We also encourage you to sign up to testify over the phone at 5pm, Tuesday, December 15th. You can sign up here by Friday at 4pm: bit.ly/stopthestip. Join us on Monday, December 14th @ 6pm for a Testimony Prep Party! Register here: lu.ma/stopthestip

Why should we #STOPTheSTIP process? Well for one, it violates the public involvement policy of ODOT, which requires 45 days for public comment after any "major updates" to the proposed STIP (see clause 14). Changing a line item by as much over 50% surely counts as a major update!

Will you sign up to testify in person to demand the OTC follow their own public involvement rules on Dec. 15th? https://bit.ly/stopthestip

ODOT's own analysis shows that adopting any of the new proposed scenarios would take over 90 years to complete Oregon's Bike and Pedestrian Master plans. By then, it will be too late to have a meaningful impact on climate, and thousands of Oregonians will have needlessly been killed by ODOT's negligence and underinvestment.

Will you share your story why we need to invest in our Bike/Ped Master Plans? Write to the OTC by Friday, December 11th.

ODOT has been directed to reach zero deaths on our roadways by 2035. 2020 has been one of the deadliest years yet, with over 500 people killed on our roads. Why is the OTC pulling tens of millions of dollars from multi-modal investments that will save lives?

Will you share your why invest in saving lives, not more freeways? Write to the OTC by Friday, December 11th.

Thank you for your support. And remember, keep it LOUD!

This month BikeLOUD PDX is dedicated to loving others. Not just other folks who bike, but all of our fellow Portlanders we share our streets with. This means ... read more 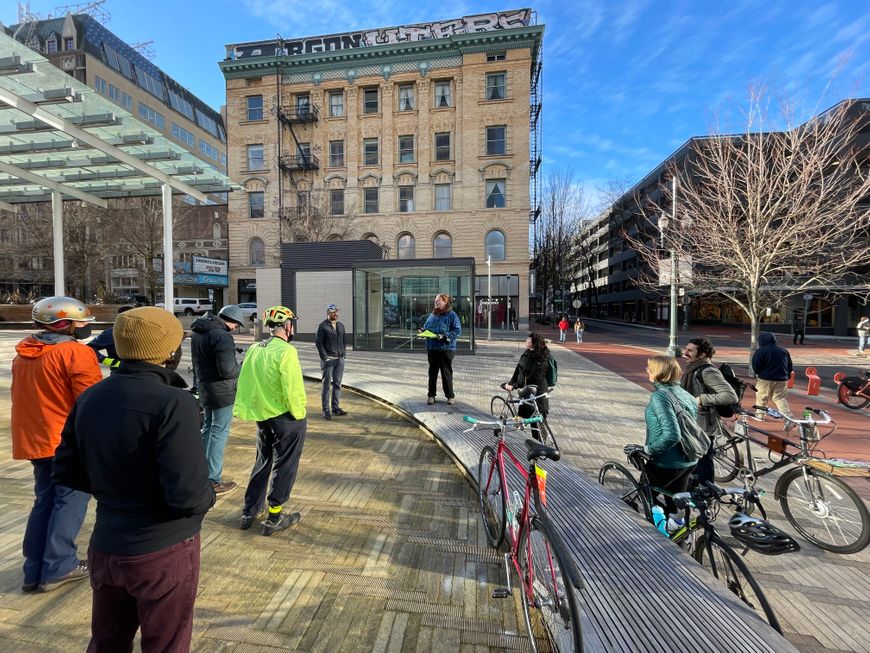 Get your feedback out there!

There currently are a few open houses related to transportation and transportation projects that BikeLoud PDX members should know about: ... read more